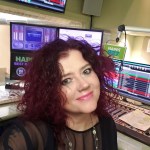 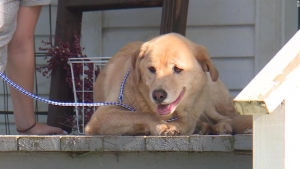 What is so amazing about Cleo? Let me count the ways!  I’m not literally going to count the ways but it’s safe to say, Cleo is a lover of adventure.

Cleo disappeared from her home in Kansas earlier this month, which caused her family to be sick with worry. They put up a post on Facebook and hoped that someone somewhere would find her and bring her back to her home in Olathe, Kansas.

Cleo WAS eventually found and wait until you hear WHERE she was found. She turned up in Lawson, Missouri and no, this was not just some random location. She made the lengthy trek to the front porch of her old home, where she lived for four years. The new owners were able to check her microchip and called Cleo’s family to let them know she was safe and that they could come and get her.

Now mind you, this is a 50 mile trip and Cleo would have had to cross at least one river to get to her old stomping grounds.

It’s apparent that when Cleo puts her mind to something, it gets done! Hopefully she doesn’t decide to venture out on anymore of these unplanned and unsupervised trips. Stay safe, Cleo!!!

The post Where there’s a will, there’s a way! Just ask Cleo. appeared first on Warren Radio | Lilly Broadcasting.